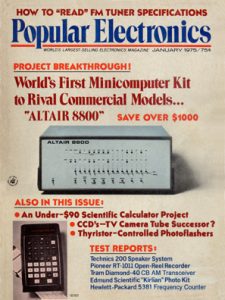 I was a child of 9 years old when the Altair 8800 was announced on the pages of Popular Electronics magazine in January of 1975. It captured my imagination - and I knew that someday I would build and own my own computer. I never did get an Altair 8800 - the computer revolution was started and it moved FAST. The heyday of the Altair lasted only a short while. The first computer I built was 6 years later when I built the Sinclair ZX81 kit.

Well imagine my surprise 42 years later when David Hansel of Brookline, MA published his Ardunio-based Altair 8800 emulator project on hackster.io! I knew this was my chance to finally build an Altair 8800! Sure, there are other Altair 8800 clones out there, but all seemed out of reach for a simple working-man hobbyist. There's Mike Douglas's excellent altairclone.com which is a dead-ringer look-alike for the Altair 8800, but it's over $600, there's also the very ambitious altairkit.com in which Grant Stockly painstakingly recreated every board and component of an original Altair.

Once I saw David's code and design, I knew I could improve on it and make an affordable, easy-to-build kit. My first "beta-testers" were my 12 and 14 year old sons. Yes, you can still follow David's original plan if you wish. If you want a ready-to-go kit, look no further.

This is a cycle-accurate recreation of the original Altair 8800. What does that mean? It means the Intel 8080 CPU is emulated, as is some of the basic I/O (disk drives, serial ports, etc.) but everything else is REAL Altair machine code and CP/M that was created more than 40 years ago. 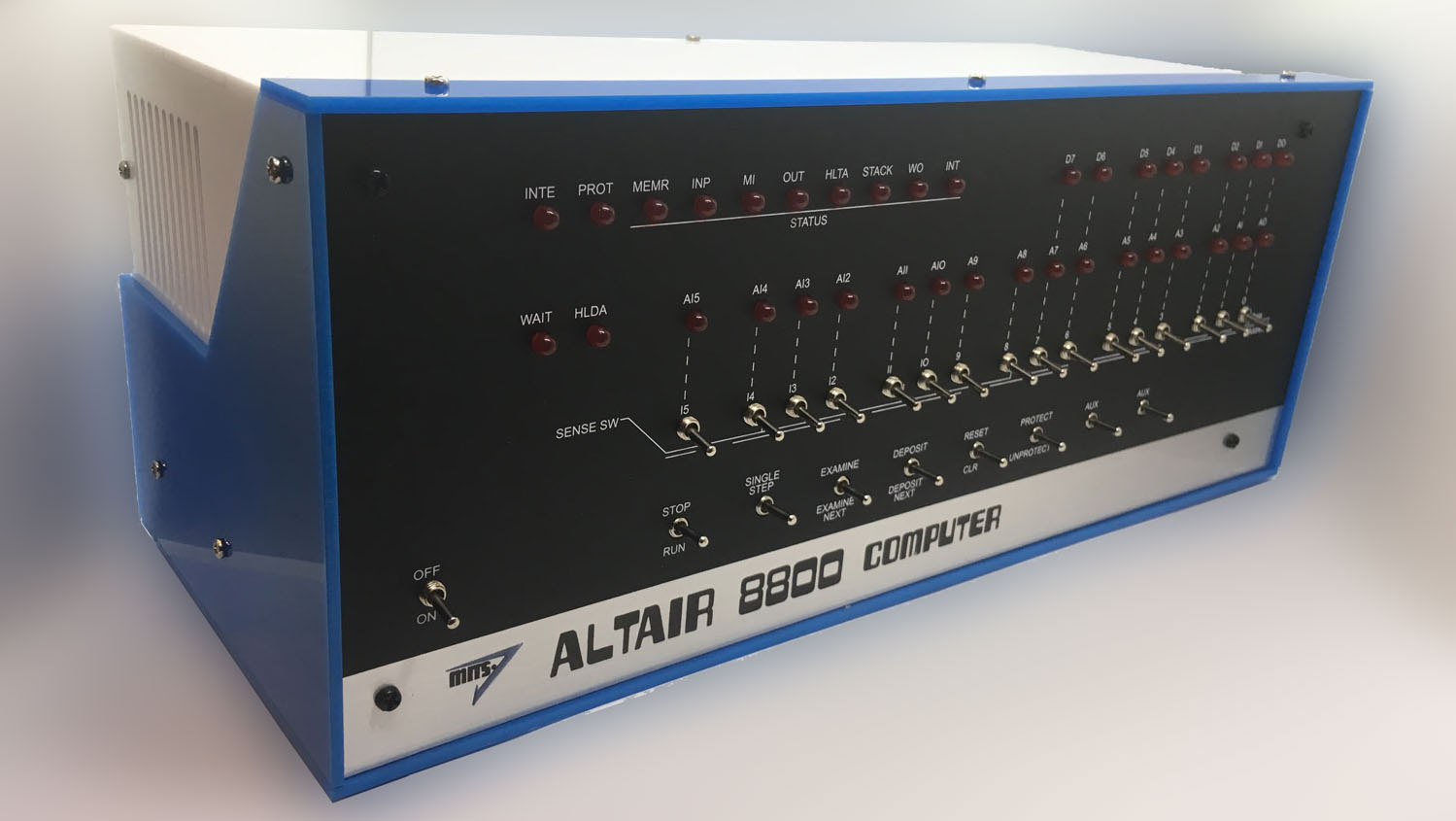 Wait! The original Altair was not in an acrylic case!

I know this does not have the accurate "look" of the original Altair, that's because I had two goals in making this kit:

If you'd like an Altair replica with a more authentic look, I'd encourage you to take a look at Mike Douglas's Altair Clone, or his exciting Altair 8800c.

I also have to say "thank you" to Oscar Vermeulen of Obsolescence Guaranteed for his recreation of the PDP-8, which got me on this quest to recreate historic computers.

This is a kit you can probably put together in a Saturday afternoon. Here's what's included: 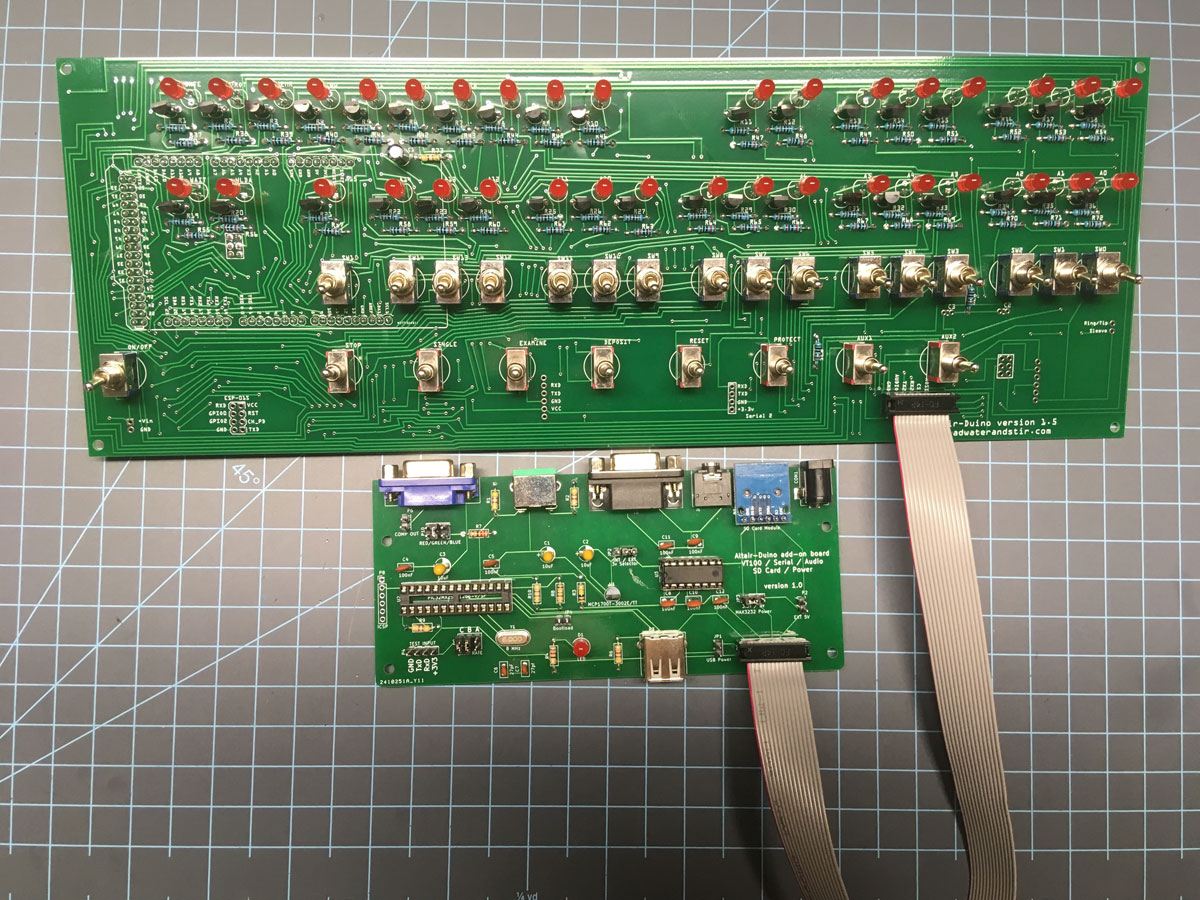 You'll receive a professionally made printed circuit board with all components, ready for you to assemble. 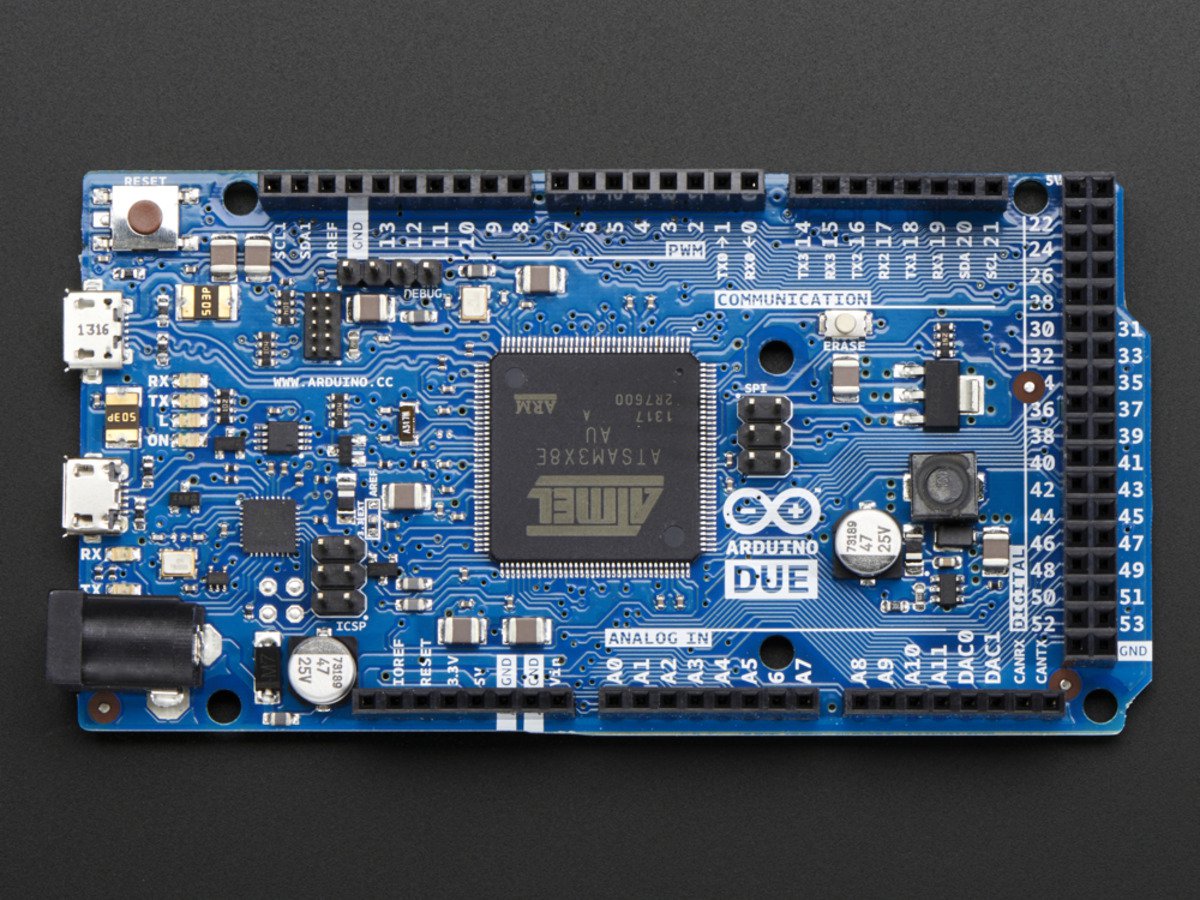 Arduino's first ARM development board, based on a powerful 32bit CortexM3 ARM microcontroller. 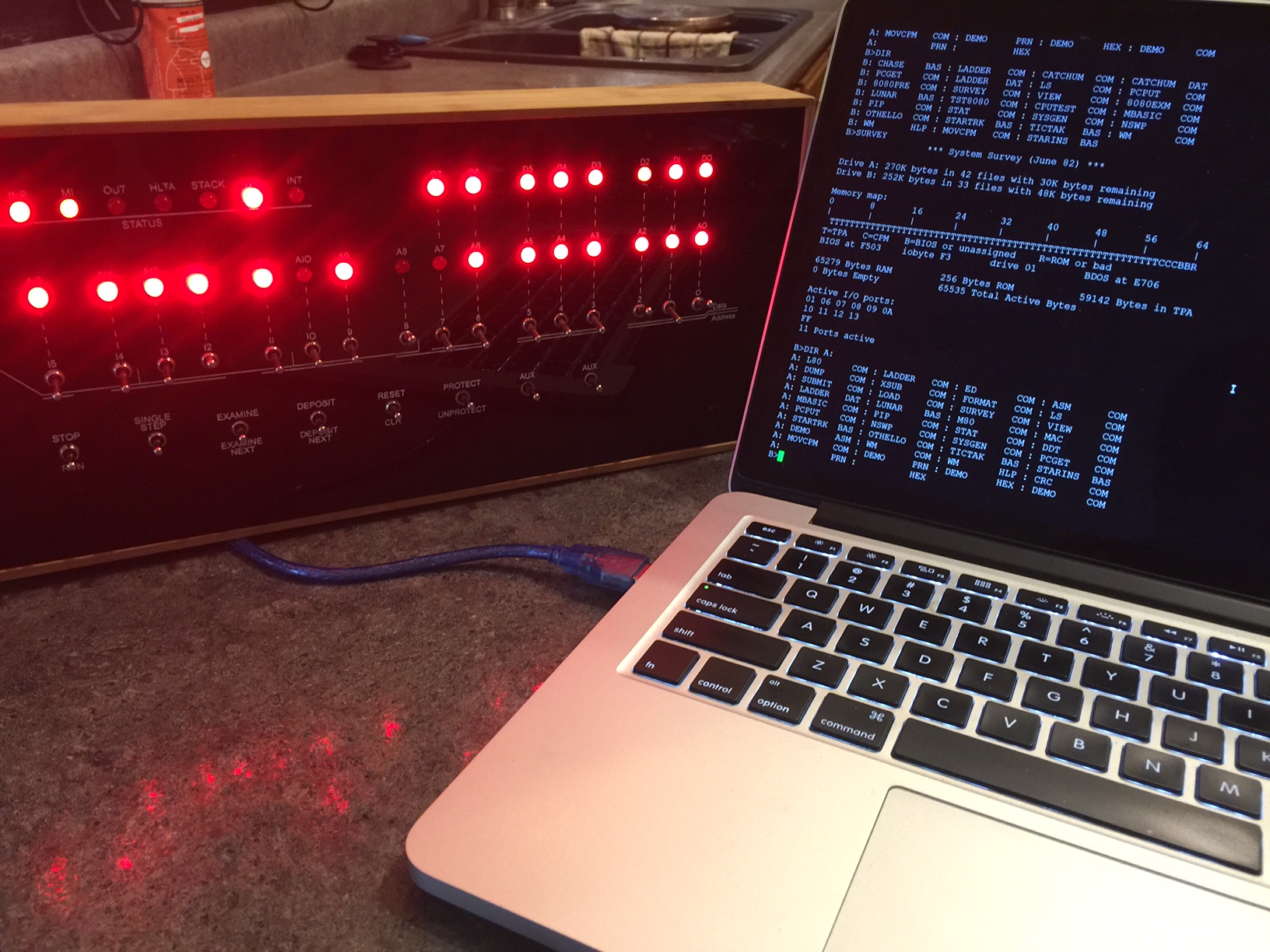 Because of the capacity of the Due, it comes pre-loaded with useful and entertaining Altair software. 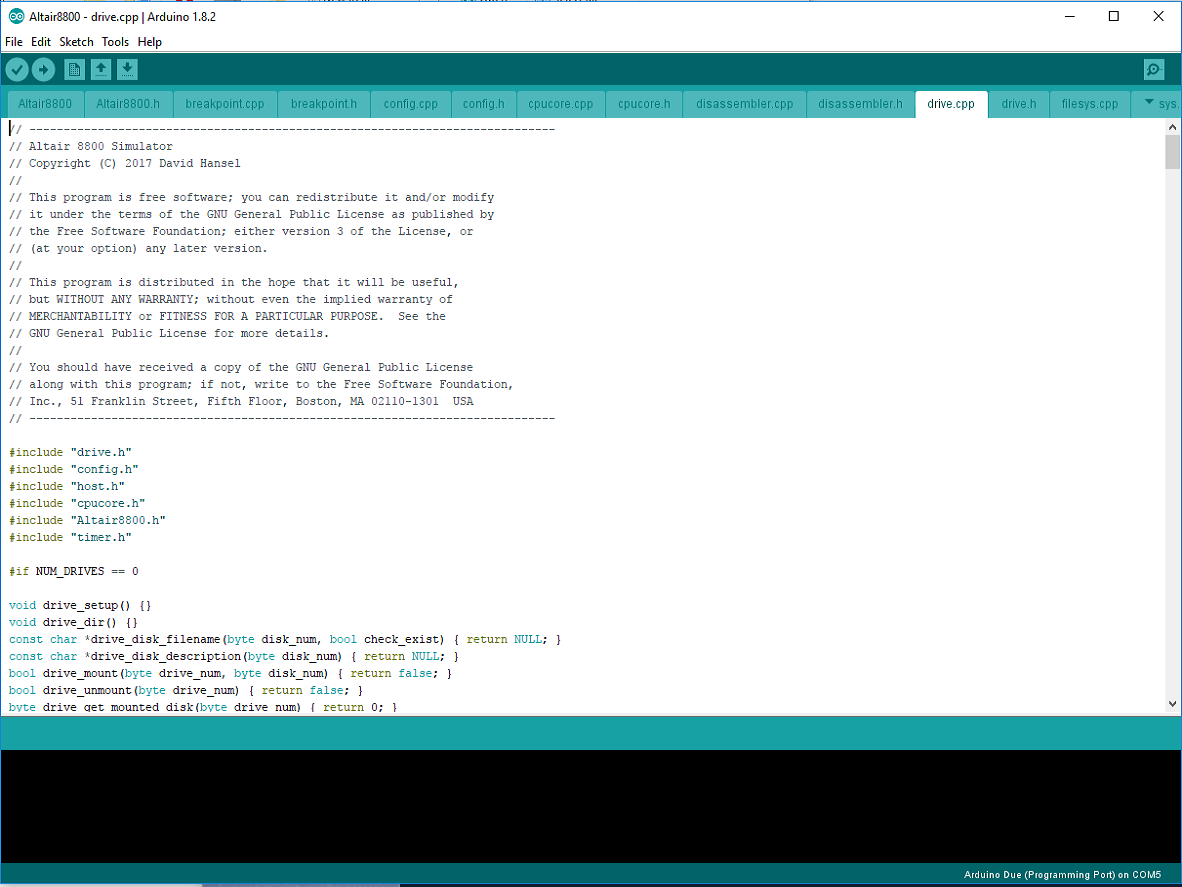 The source code for the Altair simulator is published under GPLv3, meaning you can experiment and modify the code.

What if I can't get the kit working?

Don't worry, thousands of people have built this kit with no problems at all. We have an active online forum if you have any questions, and I'll personally guarantee you end up with a working kit. If you have problems, you can pay two-way shipping and I'll diagnose and repair the kit for you.
Loading Quotes...