After reading the January 1975 issue of Popular Electronics with the Altair 8800, Bill Gates (then a 19 year-old sophomore at Harvard) contacted MITS to inform them that he and others were working on a BASIC interpreter for the platform. In reality, Gates and friend Paul Allen did not have an Altair and had not written code for it; they merely wanted to gauge MITS’s interest. MITS president Ed Roberts agreed to meet them for a demo, and over the course of a few weeks they developed an Altair emulator that ran on a minicomputer, and then the BASIC interpreter. The demonstration, held at MITS’s offices in Albuquerque, was a success and resulted in a deal with MITS to distribute the interpreter as Altair BASIC. They named their partnership “Micro-Soft”.

Ok, Ok. This is version 3.2 of BASIC, so not really Bill Gates’ “first child”. If you really want to run version 1.0 of BASIC from Micro-Soft (thanks to Mike Douglas of altairclone.com for providing the paper tape file, and David Hansel for providing the instructions), follow this process:

Here is a video of me loading Micro-Soft BASIC version 1.0 from a real paper tape: 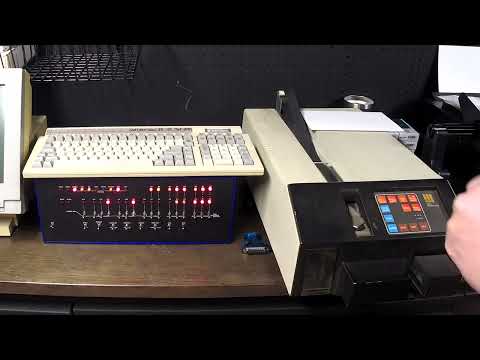